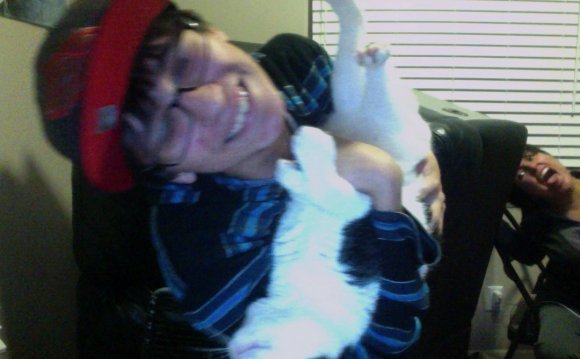 The Chinese New Year, or Spring Festival as it is sometimes called, is a 15-day festival in traditional custom. It can be generally divided into three periods, the days preceding the festival, the festival days and the days after the Spring Festival Day. There are different customs related to each period:

Cleaning and Purchasing
Cleaning before the New Year is a tradition in Chinese culture. The grounds, the walls, and every corner of the house need to be cleaned. In Chinese, “Dust” is a homophone for the word “old” (Chen), thus cleaning means to drive the bad luck or the old things away from the house to get ready for a new start.

After cleaning people will go shopping and buy new clothes for the festival. People in China believe that since this is a year anew they should buy a lot of new things. Purchasing new items symbolizes welcoming new things and getting ready for a new start.

Spring Festival Couplets
Couplets are typically pasted on doorways as a part of the festival's celebration. The custom of pasting couplets can be traced back over one thousand years to the Later Shu State (934 - 965). The original form of modern couplets was called “Taofu”, a piece of peach wood protecting against evil without any writing on. In the Song Dynasty (960 - 1279), the antithetical couplets began to be written on the wood to express people’s good wishes as well as being a decoration. Later, the modern form of couplets appeared replacing peach wood with the red paper. The couplets include antithetical on two sides and a horizontal scroll hanging on the top.

Pasting the “Fu”
The character “Fu”, meaning good fortune or happiness, is used to express people’s good wishes and yearning for the future, so people usually paste it gates or some furniture in the house during the Chinese New Year. Pasting the “Fu” upside down, meaning the arrival of happiness or good fortune, is a widely accepted and popular custom among Chinese people. Other auspicious characters and patterns are added to express good wishes.

In the ancient time, this character and the couplets were written by hand, but now, people can buy printed ones in shopping malls or supermarkets. Some shops even present these printed works to customers who buy something in their shops.

Paper-Cuts
Auspicious words or pictures are cut on red paper and pasted on windows to express good wishes for the future during the happy event.

New Year Pictures
They originated in Tang Dynasty (618 - 907) with simple patterns to drive away evil. Now they are a kind of decoration for the festival. New meanings and patterns such as conventions, women and babies have been added to the old pictures. Different places in China have different styles of pictures.

The Cards are prepared before the festival. In the past, some people sent cards to their friends, parents, teachers and other relatives during the happy event especially when they were not going to be with them on Spring Festival’s Eve. Words of blessing are written on the cards similar to Christmas cards. Now, with the advance of technology, the form of cards has changed, the custom of sending cards continues.
Send Free Greeting Cards to your friends!

The Gate Gods
In Taoism and folk-custom, the Gods of the Gate, one of the most popular gods, guard houses. Ancient people pasted their pictures on the door to drive away evil and keep their houses safe. Now their pictures are pasted on the doors during the Spring Festival.

Chinese Knots
They are prepared to decorate houses during the festival. They were first used to string jade pendants on clothes as decorations and these knots were widely used in different places such as flute, Xiao (a vertical bamboo flute), curtain and so on as decorations. Now these knots are used as gifts containing the blessing for other people or decorations.

Having reunion dinners, eating dumplings, staying up all night, setting off firecrackers and other activities are the most popular customs of the Spring Festival. Besides, visiting relatives, gifts are also exchanged during the first days of the festival.

The most important food during Chinese New Year is the dumpling (jiaozi). Made with flour and stuffed with different fillings, dumplings are usually eaten on the Eve. Because their shape resembles the Yuanbao (a kind of money used in ancient times), dumplings are eaten to bring wealth in the coming year. People wrap coins, candy, peanuts, or chestnuts in some of the dumplings to express different blessing for example a coin for wealth, candy for sweet life, peanuts for health and longevity, and chestnuts for vigor. It is also a custom in many parts of China to eat dumplings on Jan. 1st and Jan. 15th of lunar calendar.
Learn to Make Dumplings

Staying Up:
The custom of staying up all night dates back to the Northern and Southern Dynasties (420-289). In ancient times, after the reunion dinner, families members chatted around the stove while waiting for the arrival of the new year. Now they watch CCTV New Year's Gala.