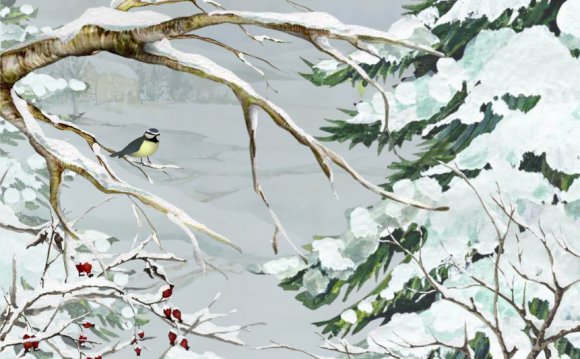 I’m bored……mindblowingly, uninterestedly, fed up to the back teeth, bored beyond belief. I am so brassed off, I have even started to treat the arrival of the postman as a highlight instead of grabbing all the letters he stuffs through the letterbox each morning. When I am in this frame of mind, I can wear a look that tells you my extreme intellect is definitely not being challenged, and I don’t mind telling you that “the look” has been having a long run recently.

How, I hear you cry, have we sunk so low as to reach this sad state of affairs? Well, it’s Christmas in a couple of weeks time, and my Boss, you know the one who sits in front of the computer all day long drawing all these greetings cards, has been at it from dawn till dusk (and sometimes dusk till dawn) designing the latest set of cards for the festive season. She has become so preoccupied recently that when, in a rare moment, she tore herself away from the screen to go to the pub last night, she forgot I even existed, and didn’t bother to see if I was all right (you know the usual routine - biscuit, drink, gentle pat on the head, and the old lie “there there I won’t be long”). So she goes out, but did she check where I was? No - next thing you know, the front door is closed behind her, but I’m locked in the bloomin' pantry!

I can tell you that a pantry is no place to be on a winter’s evening. When they built this particular one in 1546, it was just like any other one built at the time – north facing, and designed to stay jolly cold. Meanwhile, I can hear my mate Molly bouncing round in the kitchen outside my newly found prison cell, playing with the cats before settling down in front of the nice warm Aga with a box of chocolates she’s nicked from the drawing room. What is there to entertain me? A stone floor, and the only thing in sniffing distance is a half eaten tomato!

Eventually the humans appear, and I’m let out. Am I to be played with, taken for a walk, have a ball thrown round the garden, or otherwise entertained? Not a chance! You see the problem is that Bev has come round. Not that Bev herself is a problem – I like Bev, as I often meet her and her canine tribe when I’m out and about (and my Boss thinks I’m at home!). No, the problem isn’t Bev (now you all know Bev - she's the one who paints the flowers for the floral cards which my Boss designs on the computer), but the problem is when my Boss and Bev get together.

They will tell you that they are having a frightfully important design meeting, during which the concept and intricacies of the next series of cards will be considered. The trouble is that they are incapable of doing this without the assistance of a glass of something in their hands – the next thing you know is that six hours have passed and there is a series of empty Frascati bottles scattered around the Study floor. I reckon they are trying to resolve the problem of the European Wine Lake single-handedly.

Meantime it is left to Malcolm (Molly’s boss, or is it the other way round?) to provide the entertainment. He takes us for a walk round the football pitch most mornings, which is a good time to be chasing rabbits. Molly really is useless at this: the other morning she went chasing after one of them, didn’t realise that it was a decoy, and went galloping off in completely the wrong direction. Shortly after, our pal Rosie appeared – you know, the Snow Dog in last year’s Christmas card – so we had a good old mooch around in the hedge. It is normally a little while before Rosie’s boss Marion appears, so, once Molly returned from her fruitless pursuit, the three of us pottered back towards the shop. Rosie and Marion have an understanding that if they get separated during a walk (which they invariably do) they will meet back at the shop, normally several hours later.

The Village Shop is a marvellous place - I was born there, in fact! - and it sells all sorts of things including an excellent range of bread, cakes and pastries. I was reminded of this on the way out this particular morning, as I’d noticed the Baker arriving with the morning delivery. As the Shop doesn’t open until 9.00, and it was still only 8.30, he left the delivery on the doorstep, which is just about nose-height. So, while the others are meandering back, I nip ahead (this always impresses, as the humans think I’m being exceptionally well-behaved by sticking to this side of the green instead of rushing off in the opposite direction towards the Pub, which you will recall is my favourite habitat during the summer). I found before me a fine assortment including a wholemeal loaf or two, a couple of Danish pastries, but I’d just settled on an iced bun when Malcolm comes rushing up, obviously in a bit of a lather for reasons which were beyond my comprehension.

My credit rating must be good, as I got my monthly account from the shop yesterday charging me 45p for my breakfast that morning – and jolly good value it was too.

Just recently, I haven’t even been able to have my normal fun and games with the humans by escaping from the back garden. A couple of weeks ago, my Boss’s friend Richard came round with a delivery of very large sticks. Me and my pal Molly thought our luck was in, but we changed our mind after she spent a fruitless half hour trying to pick one up. She would still be there now (you know what Labradors are like!), but Richard reappeared and starting hammering these sticks into the ground, and stringing bits of wire between them. Next thing you know, there is a four foot high fence all round the garden, with me and Molly firmly on the inside.

So the sooner we get this year’s Christmas cards out of the way, and we can get back to more normal frivolities around the house, the better. Until then, I’m bored…..