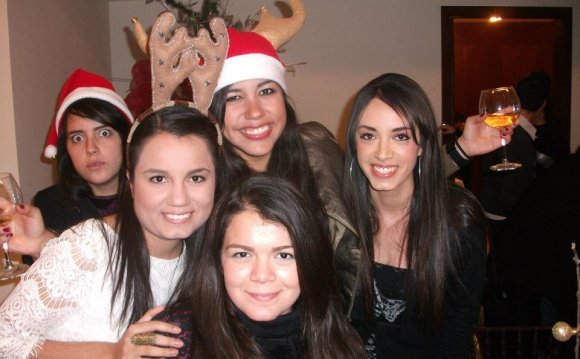 Ok, this isn’t mind-blowingly creative, but this was our first pass at actually designing a Christmas card rather than just shooting a nice family photo (not that there’s anything wrong with that — there’s not!)

The lesson: Your Christmas card doesn’t have to be some wild design in order to be meaningful and highly satisfying.

No real improvement over the previous year design-wise, but we did enhance the snowflake pattern with a spray varnish (it basically just made the snowflake edges shiny on the paper).

The lesson: The creative part of creative Christmas cards doesn’t just happen in the camera or on the computer; it can happen with a spray varnish, a unique paper choice, or some interesting folding pattern. (I swear I’ll do a pop-up book Christmas card one of these years.)

I feel like this was the year we turned a corner with a pretty unique concept, and this remains one of my favorite Arnold Christmas cards. Perhaps what is most surprising to me is how little Photoshop work was done here (I just had to remove the camera from the reflection). And this was old-school film, folks; I didn’t have a million digital takes to get it right, I just got lucky.

The lesson: Sometimes things turn out way better than you planned simply due to dumb luck. Celebrate it when that happens.

That Christmas we were expecting our third daughter, so I went with a “this is the present we’re getting this year” idea. I still like the concept, but this has been my least favorite card. I think I did a crap Photoshop job, and overall it feels contrived. The only thing that gives it a hint of genuine charm is the pointing finger of my then-youngest daughter. Again, more luck.

The lesson: The lesson is either 1) it doesn’t matter how great your idea is if it’s not properly executed, or 2) sometimes your ideas aren’t as great as you think they are.

I think this was a step up in our creative Christmas card endeavor, and also the first of a slightly subversive, anti-commercialism tone that would appear in later Christmas cards as well. This was also the year I finally figured out the lighting technique for a pure white background right out of the camera, so I was thrilled to get to use it here.

The lesson: Lighting is everything.

This year we wanted to incorporate a little bit of family news into our Christmas card, so we made a board game. The descriptions on the game board corresponded with the events of the year. And yes, we even included game pieces. I had a lot of fun making all of this, but it took too long and was starting to feel like overkill.

The lesson: Don’t get carried away. Keep your ideas manageable so that the whole process stays fun.

This was the year our business, our family, and life in general seemed to have gotten hectic and complicated. It was a tough year, but I’ll bet no one outside looking in would have noticed. But isn’t that how we all are?…putting up a certain facade on the outside, but inside we’re a bit of a mess? Seemed like a perfect idea for a Christmas card, though! The “picture” on the front cover was actually cut out, letting the smiling family from the inside show through. Open the card, however, and one sees the real picture. (I love those burning curtains!)

The lesson: Being real trumps being creative.

Ok, I’m not going to feign humility here: we nailed this one. And I don’t mean just the actual card, I mean the whole experience of making it. Our girls were old enough to participate and have fun during the photo shoots, and being a huge movie buff, I loved the whole action-movie metaphor of family life. It was a lot of work, but we had a blast making it, which I think gave us all an extra sense of togetherness and ownership in this annual Christmas card tradition.

The lesson: Think of a creative Christmas card idea that hits upon your particular interest, and you’re bound to execute it masterfully (or at least have a lot of fun working on it).

I got this idea from one of my daughters’ Where’s Waldo books, of course. Here we are acting out different events and details from the previous year, and the card itself included a poem of what to hunt for in the picture. I knew this would be a bit of a Photoshop challenge but it was fun and satisfying to see it all come together. The photo shoot was one of those fun family activities that I’ll never forget.

The lesson: Feed the kids first for maximum fun and cooperation. See that pizza? That wasn’t just a prop; that was dinner.

Time to take another jab at commercialism (the inside caption read “May your only excess be of peace and love”). Our photo shoot, unfortunately, was going nowhere. Everyone was a tad grumpy and it was showing, so we changed our strategy and made it into a game. With everyone lined up on the other side of the room, we set the camera timer for a couple seconds and then would run to the couch trying to get in place before the shutter fired. Just a few tries at this, and we got our shot. And had fun.

The lesson: Your best photos will come when you’re having fun, something no amount of Photoshopping can fake.

I think my favorite card is still the Maximum Turbulence DVD from 2007, but our 2010 card is a close 2nd. We had a lot of fun as a family making it, and I like the anti-commercialism vibe that it took on. Producing this card also turned out to be a notable Photoshop challenge with that plastic packaging effect. I can honestly say that doing this card stretched my Photoshop skills, so that felt good too. (Watch a time lapse video of this card being made.)

The lesson: Don’t overlook the simple things you can do once the card is printed. While I love the Photoshop work on this card, I was struck at how much rounding the corners and adding a hole to the printed card made it feel like real packaging.

My family and I had been traveling in an RV starting in the summer of 2011, so we knew we wanted to do something travel related. For the first time in a decade, however, I was plumb out of ideas. Fortunately Amy came up with a great concept: a mosaic made from our trip photos, and as a postcard no less.