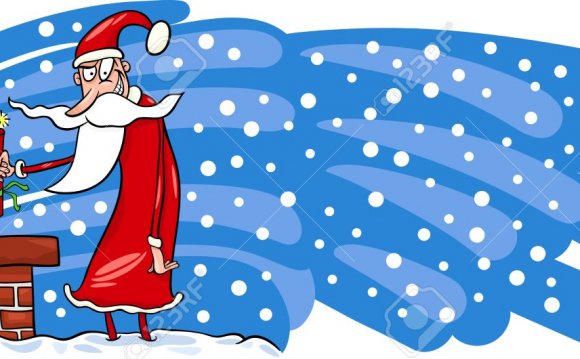 Christmas cards began showing up in mailboxes during the 1840s. Yet nothing paved the way for holiday greetings like the creation of the British postal system’s Penny Post. This made sending a mass-mailing of Christmas cards to friends and relatives affordable, and by the end of the century, millions of Christmas cards were sold each year.

Cards from the 1920s and 1930s were often handpainted and highly stylized, with the sharp, bold patterns common of the Art Deco era. They featured beautiful typefaces that graphic designers today strive to recreate digitally. When the Great Depression and Prohibition crashed down on the United States, Christmas cards reflected citizens’ sense of fatigue. One card of the era reads, “Good wishes for a BETTER Christmas, ” alluding to the rocky social climate.

Images of soldiers and austerity make cards from the 1940s particularly notable. World War II alleviated the Depression, but kept holiday greetings serious. Soldiers sent home stoic tidings, including images of themselves in fatigues. Famous cartoon characters, such as Mickey Mouse, also made appearances as welcome antidotes to the heavy wartime atmosphere.

Happy, well-dressed housewives, rambunctious children and television sets dominate cards during the mid-century era, alluding to all the trappings of a post-war economy. Even Santa appears jollier and heavier.

The image of the nuclear family didn’t last long; the tension of the Vietnam War gave way to optimistic greeting cards featuring images of doves and peace signs. Colors and shapes during the 1960s bordered on psychedelic, while some cards even hinted at changing attitudes towards race relations during the Civil Rights Movement.

The revival of handcrafts in the 1970s brought back a nostalgic longing for the home and hearth, coupled with a strong dose of kitsch. Medieval-inspired imagery and woodcuts are a favorite of this decade, along with doe-eyed cartoon characters with rosy cheeks.

Blame it on Ziggy if you like, but in the 1980s, the licensed cartoon character became the bread-and-butter of the greeting card industry. Garfield, Snoopy, and Calvin & Hobbes all took their turns throughout the 1980s and ’90s, as recognizable characters replaced any sort of handcrafted details and embellishments.

With today’s greeting card, anything goes. Holiday cards cover a range of subject matter that never would’ve made it into the cards of Christmas past, in addition to mining iconic seasonal imagery. They are often humorous, sometimes handmade and almost always heartfelt. In an era of email and text, the holiday card endures as a favorite way to share tidings and seasonal wishes with friends and family near and far.