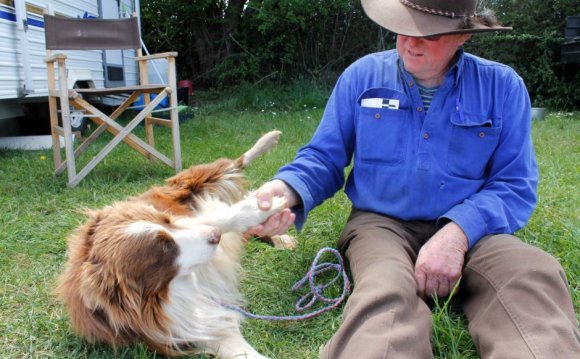 THE CHARGES against one of the five members of an alleged dog fighting gang have been dropped.

John Bellamy, 31, of Haldon View, Chudleigh, had been charged with keeping dogs in connection with animal fights, causing an animal fight to take place, and failing to provide adequate veterinary care and attention for a dog with an injured tail.

However, all three charges against him were dropped when he appeared at Plymouth Magistrates' Court on Wednesday, December 16.

The other four defendants also appeared in court on the same date.

Graham Coombes, 40, of Abbey Road, Bovey Tracey, pleaded not guilty to the 18 charges against him, not just relating to dog fighting, but also intentionally killing a deer at night and willfully killing a badger.

Daniel Ravenscroft, 36, of Grange Road, Buckfast, pleaded not guilty to three contraventions of the Animal Welfare Act and one charge of intentionally killing a deer at night.

Ryan Robinson, 19, of Foundry Court, Chudleigh, pleaded not guilty to four charges relating to animal fights, but pleaded guilty to two charges of killing a deer and taking a deer without the consent of the land owner or occupier or other lawful authority.

Gethyn Durham, 26, of Marl Court, Thornhill, Cwmbran, pleaded not guilty to three charges relating to animal fights, but admitted killing a deer, possessing a dog covered by the Dangerous Dogs Act.and not providing five dogs with a suitable environment to live in.

Chudleigh the goldendoodle puppy at 11 weeks