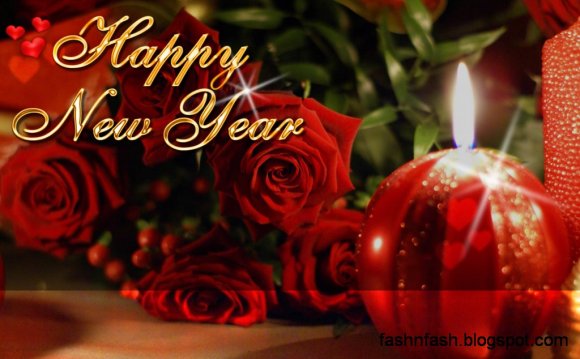 Christmas cards are traditional, but New Year’s Cards are gaining popularity. Here are a few reasons to send New Year’s cards this year.

Sue: Yes, something like that. There’s one particular one in the line that looks very discotheque, I guess. It has that almost ball dropping feel.

Then, there are other ones, it looks almost like confetti’s popping. It’s black with gold confetti on it and I believe it just has “Happy New Year’s” on it. It’s specifically geared for New Year’s before you even open the card. The verse, you can put whatever you want on the inside.

John: You can tell, it’s definitely New Year’s and not Christmas or Hanukkah or something.

Sue: Exactly. It’s definitively a New Year’s card. Not everybody does that Christmas or Hanukkah thing. You know what I mean?

Sue: Those of us who do, get closed off in our world of “Everybody does this, ” but not everybody does!

John: Maybe if you’re not particularly religious and you’re not celebrating Christmas or Hanukkah, sending a New Year’s card might be a good way to go because everybody celebrates New Year.

Sue: In this way, you don’t feel left out. You’re still part of the celebrating of the season but you’re not necessarily going against your value system. Sending a holiday greeting should never be a source of discomfort for somebody. We like to make more options available for everybody.

John: What about the timing of it? Is a New Year’s card something good to send if maybe you procrastinate it a little bit and you didn’t get those cards out in time for Christmas, you could send out a New Year’s card instead and give yourself that extra week or so just to send those out?

Sue: Sure. I personally think it’s a great idea if you want to do something. Some people do it with the intention of being a little bit later. It draws a little bit more attention.

John: Right, because that week or two before Christmas, you’re getting tons of cards in the mail and sometimes they get a little bit lost in the mix. By sending a New Year’s card, you’re getting that card maybe after the holiday, in that week maybe between Christmas and New Year’s, and so it stands out because it may be the only card you got that day.

Sue: Exactly. It’s not like you got it on the 26th, because somebody mailed it with the best of intentions of getting it to you for Christmas. It’s blatant that it’s intended to be sent a little bit later. Some people might think, “Oh, Jeez, I didn’t send out cards, ” or “I’m ordering them late, I know I’m too busy now. I’ll just send on New Year’s cards.”

John: I don’t want the stress of it.

Sue: Exactly. “After the five minutes it takes to undo the tree, I’ve got the whole day to write out cards.” It can be a matter of timing for people. We’ve just come up with a new line of calendar cards that are very family geared.

John: As opposed to business ones. When I think of calendar cards, I always think of a business calendar or those ones where maybe it has a business logo down at the bottom of the card, that kind of thing.

Sue: Exactly. These aren’t as huge, but they’re a good‑sized card. They’ll have photos on it of your children and things like this. This might be a good time to take a picture of them opening presents on Christmas morning, plus a couple of pictures throughout the year. If you’re someone who dresses your kids in their matching pajamas while they’re opening presents or something, throw that on the calendar. When you send it out, people have that card to keep for the year. Also, our regular calendars are great if you’re a business and you want to send out a card later.

Sometimes you get busy with the holidays and that gets lost in the shuffle. If you’re going to send a calendar card as a business, you want to make sure it’s something that doesn’t get lost in the shuffle of all the cards so that it will be kept and put on that bulletin board or stuck on the inside of the cabinet in the break room or whatever.

John: Right. I think in my office, we still have a card from a couple of our clients that are up on the wall from the last holiday and because it’s a calendar card, it still fits. It’s still OK to have on the wall whereas maybe having a Christmas card up there, now, would be a little bit odd. By having that calendar card, maybe you get your business logo and your name right out there on the wall all season long, all year long, and it just keeps your business at the top of people’s minds.