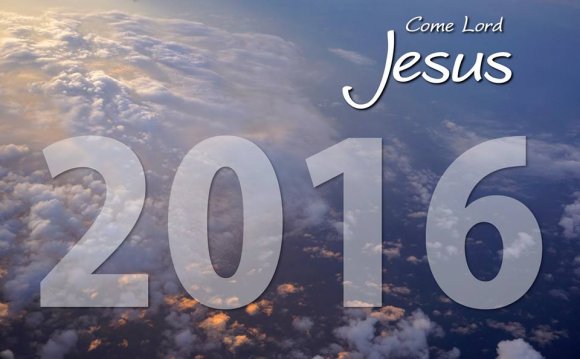 The holidays can be costly, and many people find themselves in a tight spot financially when the New Year rolls around. But don’t skip the fun of ringing in the New Year right! Here are some fun, memorable, and inexpensive New Year’s eve party ideas.

John: The holidays have left my wallet a little bit bare. Do you have any ideas on how I could have a New Years Eve party inexpensively?

Sue: We are all so going to be in the same boat. I would say to ask everybody if they can bring something, or maybe just have a party that focuses around appetizers, or sandwiches. Ask if they can bring salads, or sides, or condiments, or desserts, anything. Most people, if they’re going to your home, expect to bring something. You’d be surprised. Most people are going to say, “Gee, what can I bring?” Don’t be shy and let them know.

John: Right. What about the midnight toast?

Sue: Buying champagne for everybody can be really expensive, and in my estimation there’s nothing worse than really bad champagne.

John: You don’t want to go cheap on the champagne?

Sue: Not too cheap. I’m not saying it has to be real top‑shelf, but bad champagne is bad champagne. Try making something like a champagne sangria. It’s a little bit different and there’s a load of recipes online for it and this way you can more mileage out of a better quality champagne.

A lot of liquor stores will also be having tastings between Christmas and New Year’s. You could go to a couple of those and ask the professionals for an inexpensive alternative that’s good and you can actually probably taste it.

John: Right. I have a little bit of a concern about people leaving right at midnight after the party is over. What could I do after to maybe extend that a little bit?

Sue: Maybe you could have a new round of appetizers, and desserts are always nice. Start discussions about resolutions and plans for the new year. Something to keep people engaged.

John: I don’t want to serve a full meal at the party, what could I do that’s different?

Sue: I went to a New Year’s Eve party last year, and this was so spectacular. They had a baked potato bar.

Sue: They had the big russet potatoes wrapped in foil and they had all of the fixings. They had butter and bacon, and sour cream and chives, and broccoli, and chili, and there were more but I can’t think of what they were. It was nice and it was different. It wasn’t just the same old tuna‑fish finger sandwiches, it was different.

John: Right, and yet it would still be pretty easy to put together. You said just some toppings and a bunch of potatoes that you stick in the oven and that’s it.

Sue: Right, and bag of russets, what do they go for? Very inexpensive.

John: Should I provide the alcoholic beverages for all of my guests?

Sue: This gets very pricey, so what tends to happen with my friends is when we get together, the person hosting the party will pretty much have beer or wine and wine coolers like that. We all know if we’re going and we want to drink something else that might be of a harder alcoholic type nature, to bring our own. Also, be sure to have plenty of non‑alcoholic beverages, and even more important is to have a lot of water. Hydration is very important.

John: What about playing games? Is that too tacky?

Sue: No one knows your friends like you do. Feel them out, or even ask them to bring something. Depending on your group, the whole evening may revolve around a poker game. People have done that before. Or a board game, maybe trivia. We’ve played “Jenga” where we wrote questions on each brick, so when you pulled the brick out it was kind of like a “think about it” question. They weren’t real deep, they were festive kind of things. You know, like “What was the best Christmas present you ever received?” You know what I mean?

John: Right, something to spark some conversation.

Sue: Exactly, because the later New Year’s Eve rolled around, we were just reading the questions on the bricks because we couldn’t make the game work anymore. At any rate, you know your crowd and how far and in what direction the questions should go.

John: What about music for a New Year’s Eve party?

Sue: Create your own playlist with songs that are meaningful to you and your guests. You can go old‑school even and just have a radio on. A lot of stations have New Year’s Eve countdowns and things like this.

I know a local radio station around here has a New Year’s Eve countdown about songs from the ’80s. It’s kind of my generation and we think it’s a hoot. It’s like, “Oh my gosh, I haven’t heard that song in forever.”

John: Right, so maybe whatever generation your guests are from, do a playlist of music from that era.

Sue: Yes, my daughter’s playlist is entirely different from mine.

What to Keep on Hand for Midnight

John: What do I need to have for midnight on New Year’s Eve?

Sue: The usual things are fun. I would say, obviously, if you’re indoors, have the TV on, so everybody can watch the ball drop and countdown. Noisemakers, party hats, and silly sunglasses that would say 2016. Balloons with confetti, they’re a little bit messy but those are fun. Be sure to get a lot of pictures. These are great times.

John: If you do take pictures how do you go about sharing those pictures with your guests after?

Sue: Well obviously there’s the social media aspect of sharing them, or just sending them to people’s phones and whatnot, but a way that people can have it and keep it would be I’d choose the best photo that includes everybody and have a card made. What a great reminder of the wonderful evening with good food, friends, family, and fun. Just have a card.

John: Right, and that would make a nice New Year’s card or holiday card for the next year, maybe. A little pre‑planning there can go a long way.