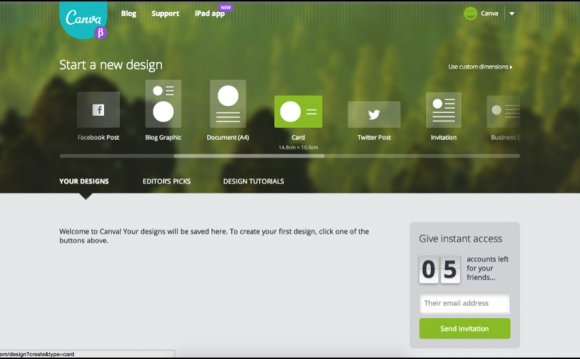 Like many of you, for me this was the year of the unsolicited eCards from random people I barely knew. Let’s be honest, much of this has become spam.

I’m not the Grinch. I’m not anti holiday spirit. But if you ARE going to get into it then you ought to do it right. Make it count. Like the team at First Round Capital always does. This was my favorite.

I didn’t grow up sending Christmas cards. I’m Jewish. I grew up going to Chinese food & a movie on Christmas. In a good year we’d join all of the Chinese people and go to Disneyland. Most people I tell this to think I’m joking. I’m not.

I only recently learned that other people did the same (see this video to prove it) – we never all talked to each other in some sort of conspiracy – Chinese food & movies were the only thing to do when all your friends were home opening presents, nothing was on our 4 stations of TV, DVDs didn’t exist and no other restaurants were open.

But I’ve learned to enjoy sending annual cards. These days I just send personal ones with my kids on them to close friends & family. I write the annual “state of the Suster’s” summarizing our year.

But I have send out business cards in the past. Here’s what I learned and my 2 unsolicited cents:

1. Send them only to people you know – Every year I would go through my Outlook contact database and create a separate list for the people to whom I wanted to send a card. I figured there was no point in sending cards to random people who I barely knew. When I get a card with no hand-written note from anybody and when it comes from an investment bank I once met, a PR firm I’ve never worked with or a law firm with whom I did one transaction I always think, “what’s the point?” I know it was sent by their assistants and they put in no effort themselves. If anything – it has negative value.

I’ve talked to enough other people about this to know that I’m not alone in being annoyed by holiday eCard spam. If it’s from somebody I know or if it’s a personal note from somebody I don’t know well – great. I’m all for holiday cheer. It’s the “blast your whole contact database” that risks negative perception.

2. Add something memorable – When I ran my first company I found it strange that my head of sales was urging me to send Christmas cards to our customers. As I said, this was a foreign concept. But I decided if I was going to do it I was going to do it right. Every year we designed our own company holiday card with our logo, a fun message and some humour (we were in England, after all).

We wished them a good holiday, of course, and we tried to get across a message. If you’re sending personal cards it’s OK to just be about the holiday, but if you’re sending business holiday cards you might as well admit to yourself that it’s part holiday greeting / part marketing. And if you buy into that then you might as well have a message that resonates with people. Put in the time to say something clever.

Just like the First Round Capital team. Instinctively when I saw their original videos I thought, “those guys are clever at marketing” more than, “what a nice thought a Christmas.” This year they were even transparant about it with a play off of the Old Spice commercial and said, “is your term sheet a First Round term sheet?” Humor, for sure. But in all humor … Smart.

3. Put in some elbow grease & make them personal – When I send business holiday cards I decided that if I was going to do it I was going to follow my golden rule and make them personalized. Nobody wants a card printed & sent from your assistant. If you’re not willing to do some work yourself then why should the recipient value your card? We had the stock BuildOnline holiday & new year’s message but I always hand wrote 2-3 sentences in each card and signed it myself. If I was going to send a card it had to be a human message.

4. Send ’em early or late – There’s no point in your holiday card arriving between December 20-31st. If it’s a physical card there’s a strong chance they won’t see it until they’re back in the office Jan 2nd with a stack of them sitting on their desk and 100’s of unswered emails. If it’s an eCard it may be even worse. If you’re going to send a holiday card make sure it arrives by December 15th so it’s one of the ones that gets read or have it be a New Year’s card that arrives on January 8th when the backlog is cleared. Earlier better than late. Ironically, middle is the worst.

6. Send a physical card – OK, so I’m not “anti green” but I don’t buy the BS that most companies are sending eCards to be green. Most companies send eCards because they’re automated, easy and less expensive. But if your point in sending a card was to honor somebody that you care about, make them take notice of you, get across some words you’d like to leave with them, stay on their consciousness or whatever reason you have for sending them – you’ll be far more effective with a real, physical card. For most people sending 100 cards is less paper than the last physical book you read or newspaper you bought. It’s far greener than the last few flights you took.

In a world where electronic, easy messages become the norm, it’s the unique that stands out from the crowd. Printed, personalized and physically signed cards will stand out.

7. My REAL suggestion: Send a birthday card in stead – My most important advice is to send a birthday card in stead of a holiday card. Think about it – when you send a holiday card they’re getting 20-100 of them and it’s a day when everybody is celebrating. When you send somebody a birthday card they think, “wow, that’s cool. He remembered.” And it will be one of a very few handful that they will have received. Sure, they’ll have 50 Facebook “happy birthday” messages that will blend together. But yours will be hand signed and sitting on their desk. Trust me, they’ll notice.

Update: To those who have been asking me how you know people’s birthdays: aside from the obvious place to start – Facebook – it’s dead simple to find out most people’s birthday. You can start by calling their assistant if they have one. Just tell them you like to keep track of birthdays to send cards. Or if you know some of their friends or colleagues ask them . Just be transparent why you’re asking. If you’ve had a few meetings with the person and have some rapport – it’s also OK to politely just ask them directly. Again, just be up front that you send birthday cards.