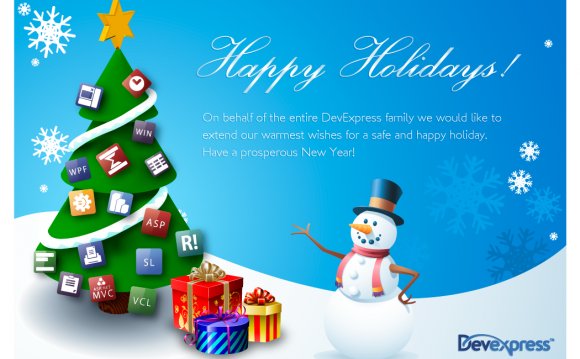 When Beth Tarini got engaged in 2013, she was quick to tell her new fiance that he wouldn’t be in all of the photos on her annual holiday card.

For nearly a decade, Tarini sent holiday cards full of pictures from her travels to places such as the Galapagos Islands, Bhutan, Peru. The cards were a marker of her identity as an independent single woman. Her solo holiday cards stood out from the pack of married couples with children in coordinated outfits — and her married friends always said the holiday cards made them jealous of her life.

“Even as an engaged person, ” she said, “I had this protection of my photo card, that he would not be in all of them. That I would be able to create my own.”

Now married with a 1-month-old baby, Tarini is learning to share, she says. But there are plenty of other senders of solo holiday cards and newsletters who feel such greetings put their relationship statuses on display. When it’s just you, there’s less of a template for what holiday greetings should look like — and more of a need to get creative.

Travel shots are popular, of course, as are photos with pets. While she was single, Heather Sacks would send cards that were collages of vacation photos, but never selfies or posed shots. “I didn’t think people wanted to see a solo picture of me, ” Sacks said, but they might like to see an image of London’s Tower Bridge or the red rocks of Sedona, Ariz. “The way that I look at it is that — my friends who have kids, that’s the focus of their year, ” Sacks said. “I traveled — that’s how I spent the majority of my time during the year.”

Most of Sacks’s single friends opt for pre-packaged cards, no picture-perfect family required. And then there’s the longer newsletter format, which allows for more nuance. At the end of 2014, for example, Solo-ish contributor Rhea Yablon Kennedy wanted to send something that would update friends and family on her life, “and I knew that I didn’t have any proposals, marriages or new kids to report, ” she said. “I don’t think that’s the only measure of life developing, but I sometimes get stuck in that mind-set.”

For Kennedy, her new developments were the pieces of writing she’d published or that fact that she’d cooked for an acro-yoga group with vegetables from her garden. Kennedy didn’t want to just focus on what she did professionally, so she included something about relationships. In that section, she mentioned that she’d lost a great uncle and aunt — and noted that a long-term relationship had ended.

“I still hold out hope of finding that life partner in crime, ” she wrote in the letter. “Suggestions and connections welcome.”

Why include a solicitation for setups in a year-end newsletter? “My mother said several times, ” Kennedy said, “that if you’re looking for a partner, you should just tell everyone you know that you’re looking — and eventually someone you know will know someone. I’m not about to put something out on Facebook — to all my friends, family and exes. So I sat on that idea, and I realized that this was a way that I was comfortable doing it.”

Janice Simon, a 47-year-old single woman in Houston, also goes for long-form holiday greetings. With a big banner across the top proclaiming “IT’S JUST ME, ” Simon’s 2014 letter included news about nieces and nephews, plus the birth of a great-niece. Despite the solitary title, the newsletter has become a gathering place for family news; Simon has relatives asking her to include their updates. And some years, Simon writes about her dating escapades as well. “It just saves my mother from having to answer all those questions, ” she says.

Simon’s newsletter isn’t just about catching others up on her life; it boosts her own self-image as well. “The newsletter shows that I have a full life, ” she says. “Other people may not consider it a full life — just because I don’t have a husband and children. But it’s a good reminder to me that I do.”

Send Your Holiday Greeting Cards For Less Than $1.00