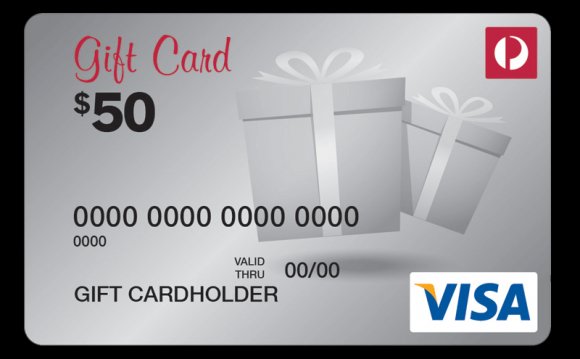 The war to end all wars. How everyone longed for this to be true in 1918, yet sadly how mistaken was this belief. Looking back from a distance of 100 years at the horror, the suffering, the unimaginable waste and futility of it all, it is easy to be overwhelmed by the statistics of lives lost or permanently shattered, and to focus instead on analysing the politics and the actions of the major players. There is a tendency to lose sight of what the war meant to so many individuals. War brings out the worst in us, but also paradoxically the best in us, and perhaps it is only by looking at the small and personal aspects that we can see our humanity, fully appreciate the tragedy, and find the strength to move forward with hope instead of despair.

A collection of Christmas cards from World War I held by the Library is a particularly revealing reminder of how Australians tried to support their loved ones overseas, and also how the troops kept up some pretence of normality and links to home in the ritual of sending Christmas cards to their families and friends. The messages on the cards show the people behind those raw numbers.

As the war dragged on, women in particular endeavoured to find ways to try and alleviate the misery of the troops abroad. The Red Cross was one of the first organisations involved, but by 1915 other organisations such as the Australian Comforts Fund (ACF) emerged. According to C.W. Bean, by this time there was some separation of the roles of these groups so they could better target their resources, with the Red Cross focusing on services to troops under medical command, the ACF to those under military command.

The aim of the ACF was to provide free 'comfort' items to all Australian servicemen. These items included singlets, socks, pyjamas, cigarettes and tobacco, razor blades, soap, toothbrush, toothpaste and reading material (newspapers and magazines). Additionally, the ACF provided recreational facilities, rest rooms, sporting equipment, gramophones and records to the troops, as well as regularly providing writing materials such as pencils, paper and postcards so the soldiers could write home.

At Christmas, there was a special effort to provide hampers to the troops containing Christmas fare and gifts, including Christmas cards. To help raise funds, people could pay a donation of 6/- to buy a special card with their name and address written on it as a personal gift to the soldier that received the hamper, letting them know that people at home were thinking of them. The cost of the card was used to pay for the other gifts in the hamper.

Blank cards produced by the ACF were also distributed to the troops so they would have something to send back home to their families. The Library holds two of these ACF cards. The first from Christmas 1918 was produced for troops in Europe. It shows coloured reproductions of scenes from fighting in France and some text giving a brief history of the battles depicted. On the back above the final picture there are the words 'AUSTRALIAN COMFORTS FUND Xmas & New Year’s greetings, 1918-1919' and at the bottom 'Greetings from…'.

This particular card also tells us a personal story that reaches across the years back to Belgium just after the War's end. The Library’s copy is inscribed from 'Will to Mother' and dated 4/1/19. The date implies that Will might have received the blank card in a hamper from the ACF for Christmas 1918 and then sent it back from his camp in Belgium to his Mum in Australia as soon as he could.

He has noted his name, rank and regimental number at the top of the card—perhaps this was something he had become accustomed to doing during his service?—so we know the card was sent by Private William Henry McGee who lived in Kellyville NSW. He returned safely to Australia in May 1919. Holding this card in my hand, I can imagine the feelings of Private McGee as he sent this greeting back to his mother—great relief at having survived and hope for a future that would see him coming home very soon.

Christmas message from Will to his Mother

For troops in the Middle East, the A.I.F. Gifts Store in Cairo was the storage/distribution centre for gifts from both the ACF and other similar organisations. The Library holds an example of a Christmas 1915 card produced by the ACF for distribution to the troops. The card was printed in Cairo, probably due to the cheaper costs, and has 'A.I.F. Gifts Store, Savoy Hotel Cairo' on the cover. It optimistically uses the imagery of the returning boomerang on the front cover with the words 'I go out to return' and above the boomerang 'Christmas 1915'. The text inside the card says 'Wishing you a Happy Xmas and all good luck through the coming year from The Australian Comforts Funds.' On the facing page there is a poem and on the back cover a quote from Kipling 'Who lives if England dies? Who dies if England lives?'. You can see the morale boosting intent, trying to convey both a message of support and the belief that the soldiers would soon be heading safely home.

Tom Waits : Xmas Card From A Hooker In Minneapolis ...