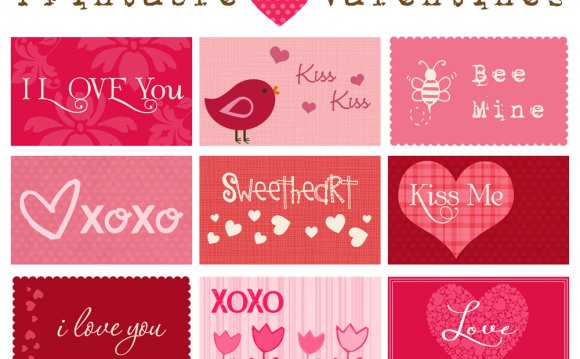 Celebrated around the world for centuries as a day associated with romantic love, Valentine’s Day is more than just the “Hallmark Holiday” many claim it to be. While sending cards, flowers, chocolates, and other gifts is a modern tradition for Valentine’s Day among loved ones, the holiday has also inspired artists, poets, authors, illustrators, street artists and sculptors for centuries. What to many may seem like a commercial holiday supported by candy makers and greeting card companies actually dates back to the 3rd century. Everyone from neoclassical sculptor Antonio Canova to contemporary artist Robert Indiana has taken inspiration from love.

The celebration of Valentine’s Day stems from the feast of Saint Valentine, who dates back to 270 A.D., a time when the Christian church was enduring great persecution. As legend goes, Saint Valentine was persecuted for being a Christian priest and for performing illegal marriages. Despite attempts to convert Valentine to paganism, Valentine continued to perform clandestine marriages for soldiers who were forbidden to marry under the assumption married men did not make good fighters.

To remind these men of their vows and God’s love, Saint Valentine is said to have cut hearts from parchment. Despite his good intentions and because of his refusal to obey Roman law, Valentine was imprisoned for his crimes. While in prison, Valentine performed a miracle by healing the blind daughter of his jailer. The day before his execution, Valentine wrote a card to the young girl he had healed, signing as “Your Valentine.” This closing line is said to be the inspiration for why we end our valentine cards with “Love, your valentine.”

While the history of Saint Valentine remains a legend, unauthenticated by the Christian Church or historical documentation, the ramifications of Valentine’s life and death can still be felt today. Whether or not the legend is true, the influence of this holiday on the history of greeting cards can be seen to this day. In Europe, one of the earliest hand-made greeting cards in existence is a Valentine card from the early 15th century. However, it would take several centuries for paper valentines to become popular and affordable.

In the 19th century, the popularity of exchanging valentines spread from England to America. Esther Howland, a young woman living in Massachusetts, became the first regular publisher of valentines in the United States. In 1849, Howland sold her first handmade valentine cards; eventually establishing a successful publishing firm specialized in decorating card.

However, the start of the greeting card industry in America would be credited to German immigrant Louis Prang. In 1856, Prang established a small lithographic business in Boston, and within ten years of founding his firm, he had perfected the color lithographic process. Half a century later, in 1906, Polish immigrant Jacob Sapirstein founded American Greetings Corporation. Family run since its inception, Sapirstein originally ran his business by selling greeting cards out of the back of a horse-drawn cart. In 1910, a handful of years after the start of American Greetings, Joyce C. Hall founded Hallmark Cards, what would become the largest manufacturer of greeting cards in the US.

So for skeptics of Valentine’s Day who believe the holiday that celebrates love is a product of commercial greed, perhaps this is a case of chicken and the egg? Which came first: the letters of love and endearment that perpetuated the rise of the greeting card industry or the greeting card companies that help Valentine’s Day remain a relevant holiday? As an inspiration for some of the greatest masterpieces of all time, from music to art to poetry and more, love will always serve as muse to those who allow it. And for that, perhaps a token for those in your life who inspire you should be considered a small toll for the love you receive.