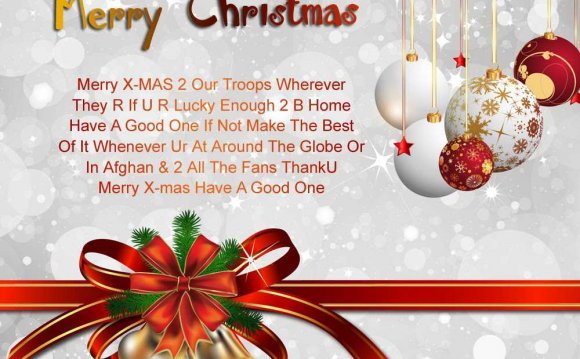 Victoria and Albert Museum founder Henry Cole was suffering from a seasonal kind of madness in 1843: Thanks to more efficient, inexpensive postal delivery methods in London, Cole received stacks of holiday well-wishes from friends and colleagues. Because it was considered highly impolite to ignore them, he needed an equally efficient way of acknowledging them. Cole commissioned a 3.75-inch by 5-inch lithograph card with an illustration and had 1000 of them printed. Cole took care of his correspondence—he only had to fill in a name—and sold off the remainder, putting in circulation the first Christmas card.

Christmas cards didn’t really take off until roughly 20 years after Cole’s attempt, and for good reason. For one, the surplus he sold off cost a shilling each, which was roughly a day’s wage for workers of the era.

Additionally, the illustration he commissioned depicted what appears to be children guzzling wine. By Victorian standards, inebriated tots were a no-no. Later, alcohol-free cards proved popular among all classes of British citizens.

4. THE FIRST AMERICAN CARD WAS REALLY A COMMERCIAL AD.

The holidays have always struggled to balance genuine sentiment with commercial exploitation, so perhaps it’s fitting the very first Christmas card made in the U.S. was a mini-billboard for a department store.

Issued between 1850 and 1852, the card’s seasonal illustrations were buttoned by a mention of Pease’s, a “general variety” store in Albany, New York. (Ten years prior, the store’s proprietor, Richard Pease, is believed to have made the first use of Santa Claus in a newspaper ad.)

While Pease was the first, it was printer Louis Prang who really popularized the holiday greeting. Using cheaper lithographing techniques and motivated by inexpensive mail delivery, his company was printing 5 million cards a year by 1881. Unlike the snow-drenched cards of today, Prang’s early illustrations were usually focused on flowers and birds [PDF].

By the early 20th century, holiday greetings were still of the postcard-type variety. The Hall Brothers, who founded what would later be known as Hallmark in 1910, began issuing cards that were folded down the middle and stuffed into envelopes. The reason? People were having a hard time expressing all of their thoughts on the relatively small cards from other manufacturers. Hallmark virtually doubled the writing real estate, and soon became synonymous with the holiday market.