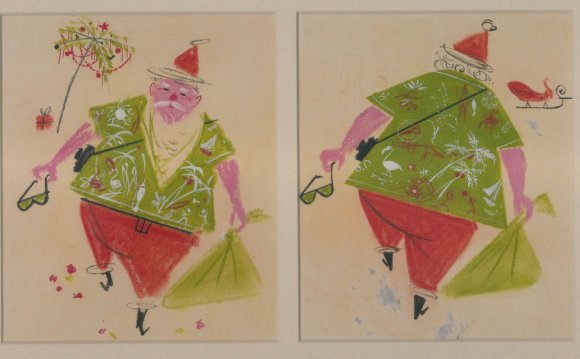 Hall’s mission was noble: Sharing artistic masterpieces with average Americans. “So, through the ‘unsophisticated art’ of greeting cards, the world’s greatest masters were shown to millions of people who might otherwise not have been exposed to them, ” Hall wrote in his autobiography.

By 1959, Dali had agreed to join the fold, with several stipulations. He asked for $15, 000 in cash in advance for 10 greeting card designs, with no suggestions from Hallmark for the subject or medium, no deadline and no royalties.

Though very popular at the time, Dali was known for his eccentric behavior and publicity stunts. He was frequently involved with commercial work later in his life, and his demands for payment got larger with time. For Alejandro Jodorosky’s “Dune, ” for example, a sci-fi extravaganza that was planned but never made in the 1970s, Dali demanded 0, 000 an hour to play the emperor of the universe, since that would make him the highest paid actor in Hollywood.

The filmmakers agreed to employ him for an hour and planned to use a robot to film the rest of his scenes.

Dali eventually submitted 10 images to Hallmark, mostly Surrealist renditions of the Christmas tree and the Holy Family. While the images are striking and beautiful, they show that Surrealism and Christmas cards are strange bedfellows.

Some of the images are vaguely unsettling – for example, this headless angel playing a lute:

Or a Christmas tree made of butterflies on a barren plane:

Or this scene of the three wise men, which is fairly serene except for an extremely dramatic camel:

Unsettling imagery was, perhaps, to be expected. The whole point of Surrealism was to shake up the conscious mind by juxtaposing irrational images and concepts, in an effort to release the creative potential of the subconscious — not exactly Hallmark's typical mission.

Hallmark felt that only two of the 10 designs might have public appeal. The images below, "The Nativity" and "Madonna and Child, " were put into production.