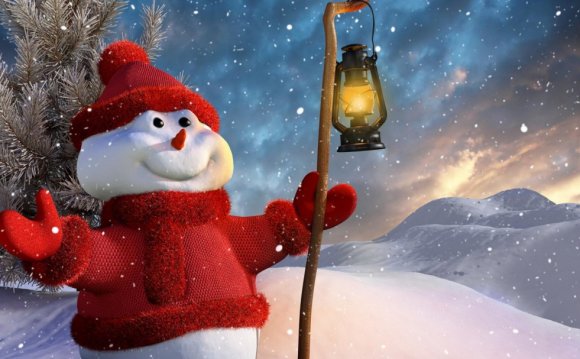 The commercial Christmas card as we know it originated in London in 1843. That winter, Sir Henry Cole, a civil servant who helped organize the Great Exhibition and develop the Victoria and Albert Museum, decided he was too busy to write individual Christmas greetings to his family, friends and business colleagues. He asked his friend, the painter John Callcott Horsley, to design a card with an image and brief greeting that he could mail instead.

Horsley designed a triptych, with the two side panels depicting good deeds (clothing the naked and feeding the hungry) and the center panel showing a family Christmas party. The inclusion of booze at this party got Cole and Horsley an earful from the British Temperance Movement. At the bottom of the center panel was the inscription "A Merry Christmas and a Happy New Year to You."

The card was lithographed on 5 1/8" X 3 1/4" stiff cardboard in dark sepia and then colored by hand. An edition of 1, 000 cards was printed and sold at Felix Summerly's Treasure House in London for a shilling each. Of those cards, twelve exist today in private collections, including the one Cole sent to his grandmother.

Sending Cards Across the Pond

Mass-printed cards soon replaced hand-written greetings in most of Europe and the United States. Americans imported their Christmas cards from England until 1875, when a German immigrant named Louis Prang opened a lithographic shop and created the first line of Christmas cards in the states.

While Prang was soon producing more than 5 million Christmas cards each year and had been dubbed the "father of the American Christmas card, " his success didn't last long. (At left is an example of Prang's work.) The initial popularity of his cards led to imitations that were less expensive and featured seasonal images instead of the colorful floral arrangements Prang favored. Prang's imitators drove him out of the market in 1890, and inexpensive Christmas postcards imported from Germany ruled until World War I.

By the end of the war, the modern American greeting card industry had been born and today it supplies the 2, 000, 000, 000+ Christmas cards that are sent every year.