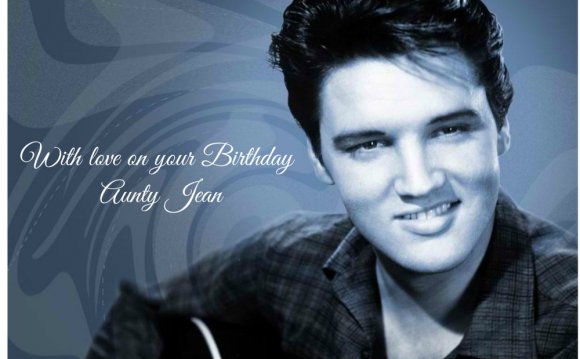 Imagine making a list of your Christmas card recipients, and one of the people on that list is none other than Elvis Presley.

Plenty of celebrities and entertainers sent cards to Elvis and his family during the holiday season. Some cards included personalized notes, but some didn’t. Some included family portraits. Some were funny; some were sacred. Elvis kept these special cards, and sent some out himself, which often included happy holiday wishes from his manager, Col.

The Colonel was fond of sending telegrams to wish stars a happy holiday or happy birthday, as well as wishing them a good opening night on a performance. He often signed such messages from himself and Elvis, but he also sent Elvis a “Happy Thanksgiving” message one year. (Click the photos to enlarge.)

Another card with a family portrait is this gem from the Nelson family, sent at Christmas 1967. It’s from Rick Nelson and his wife Kris, and their (at the time) three children, Tracy and twins Matthew and Gunnar.

Elvis also received this card from his drummer, DJ Fontana, and his family.

Comedian George Burns wanted to wish a happy holidays in many languages.

Some celebrities couldn’t resist a laugh, even at the holidays. Bob Hope and Sophie Tucker’s cards surely made Elvis smile.