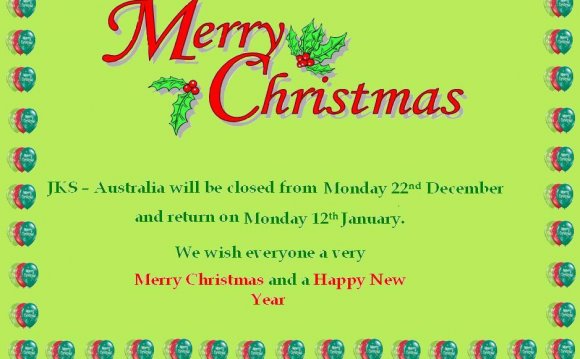 As the countdown to Christmas is now well under way it got me thinking (again!) – how do we wish someone a very merry Christmas and a happy New Year in Italian?

If you ask the Google Translate boffins they give you –

Pronounced “Bwon Nah-TAH-ley” (with the emphasis on the middle syllable), it literally means good Christmas.

If you want to be a bit fancy you could go for Merry Christmas and Happy New Year which would be Buon Natale e felice anno nuovo, pronounced “Bwon Nah-TAH-ley ay feh-LEE-chay AHN-noh NWOH-voh” with the emphasis on the syllables in capitals.

Or if you or the recipient are strong believers in the Christian faith, you may want to use Santo Natale  e un prospero Anno Nuovo which means A holy Christmas and a prosperous New Year and is pronounced “San-toh Nah-TAH-ley e oon proh-speh-roh AHN-noh NWOH-voh”.

And although the tradition of giving cards isn’t a big thing Italy as people tend to ring eachother or greet eachother in person, you may still want to write some cards or send a festive email so here are some ideas, first for a friend –

Note : if you are writing a card to a girl, you would start it Cara instead of Caro as the word “Dear” takes on the gender of the recipient.

Second, if you are writing to a couple or family you might write –

Or finally, from you and your family to another family or couple you’d say –

If you’re writing a card to a colleague who you don’t know very well, however, you wouldn’t address them with Caro as this is too informal. You could use the more formal version below –

And of course, if you want to sing the equivalent of “We wish you a merry Christmas”, it’s a nice easy song to learn in Italian –

And as with birthday greetings and gifts, there is an etiquette with many people putting great importance on buying the right present or even the right gift wrap. Italian friends may also want to wait whilst you unwrap their gift in front of them so they can see your reaction. It’s all part of the joy of giving, and obviously lets you say thank you in person.

Alternatively, you may just want to keep it simple and say Happy New Year, maybe in the hope of a kiss at midnight(!), in which case you could go for the straight forward Buon Anno pronounced “bwon ANN-no”. Or Felice 2016, pronounced “feh-LEE-chey doo-eh mill-ay say-dee-chee” or Buon 2016 pronounced “bwon doo-eh mill-ay say-dee-chee” The last two would be nice and simple in a card or email if you don’t want to try to get your tongue round saying the year just yet!!

So I hope that helps with your festive greetings and card writing! But remember, learning Italian is for life, not just for Christmas so if you’ve found this useful you might want to check out more of our DreamDiscoverItalia Italian 101 ideas such as How to say hello or How to say please, thank you and you’re welcome, and How to say Happy Birthday, all of which are easy to learn! I can’t promise that to make you fluent in Italian overnight, but with the help of our Italian 101 posts you can learn a little and often and hopefully have a bit of fun doing it!

And in the meantime here’s hoping that your festive preparations are well underway – your tree is decorated (rather than your dog, poor Huney!), your gifts are wrapped and you’ve got a family box of chocolates ready for the Christmas day movie marathon!! I wish every one of our DreamDiscoverItalia readers Buon Natale e tanti auguri di buon anno!! Have a very merry Christmas and a happy new year!

One last thing – I am super, super-excited to confirm that in the “Best Art & Culture Blog” category! Thank you for all the nominations! So if you’ve ever enjoyed reading this blog now is the time to vote for DreamDiscoverItalia to win by clicking below and then clicking on the vote bar under DreamDiscoverItalia