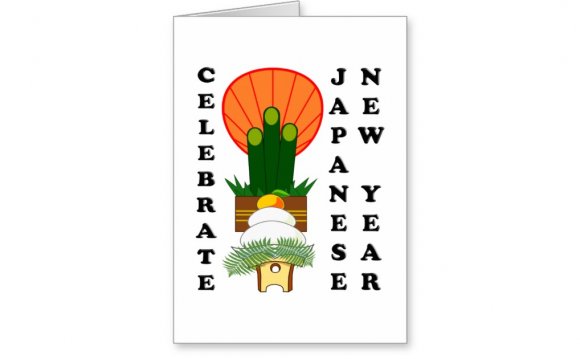 The nengajo are written during December and people are happy to read nengajo delivered on New Year's Day. So Japan Post Network accepts New Year's cards from mid December. The post office stocks the nengajo and delivers them on January 1st all at once. Unlike Christmas cards, nengajo shouldn't arrive before New Year's Day. This New Year's card postal system was set up already in the year 1899.

When you get some nengajo looking like this (these are the nengajo, our hostel gets ^^) on January 15th, there can be a thrilling day for you! ^^

Because many people use special nengajo with lottery numbers (otoshidama-tsuki nenga hagaki) issued by the Post and Telecommunication Ministry. And on January 15th, the winning numbers are picked and the results are announced the following day on television and in newspapers. The holders of winning numbers receive prizes! ^^ These prizes aren't money, but things like electronics (TVs, Navigation systems...), stamp-sets, and so on.

Because this prepaid lottery postcards are basically plain, people print photos or images, draw pictures, and write messages on their own on it. Nengajo also often use the present year's zodiacal animal (eto) as the design. Here you see the ox or cow on the back of our cards - because they are old ones from 2009. ^^

Want to read (or maybe write) your own nengajo?
As a nengajo begins with greetings and here you find some common expressions.

After that you should add words of thanks, requests for continued favor or wishes for health. Here are some common expressions, but you can say it in your own words as well. ^^

So, maybe you want to surprise your friends or family and write one of these nice cards! ^^
I like this tradition and would be very happy, to get a huge amount of nengajo at New Year's day (and if I would win a big TV, I would be happy, too :D).