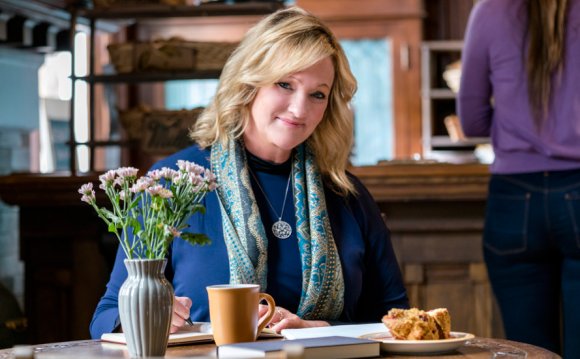 Christmas has come early! December 25 is still many months away, but the Hallmark Channel is already in the holiday spirit. The network announced that they will be releasing 16 original movies as part of their 2015 “Countdown to Christmas.”

Sixteen original movies are planned to premiere. Check out some of the highlights below:

“Tis The Season For Love” – Premiering Nov. 1 Starring Sarah Lancaster (“Witches of East End”) and Brendan Penny (“Motive”), “Tis The Season For Love” is about an “out-of-work actress” who returns home for the holidays. It’s only then that a “Christmas romance” helps her discover that life in her hometown “could turn out to be even better than Broadway.” “Ice Sculpture Christmas” – Premiering Nov. 7 Rachel Boston (“Witches of East End”) and Brenda Strong (“Dallas”) star in a story about an aspiring chef who finds romance during an annual Christmas ice sculpting competition. “Northpole: Open for Christmas” – Premiering Nov. 21 “Crown for Christmas” – Premiering Nov. 27 It’s your usual girl meets king love story in this new original movie starring Danica McKellar (“The Wonder Years”). "A Christmas Detour" – Premiering Nov. 28 Candace Cameron Bure (“Fuller House”), Paul Greene (“Bitten”), Sarah Strange (“Garage Sale Mystery” movie series) and David Lewis (“Man of Steel”) star in a comedy about stranded travelers who work together to get home for the holidays.

Vicary revealed that the network has tapped the 45-year-old Grammy winner to direct and star in the upcoming film. Plot details have not been released, however, Carey’s 2010 hit song “Oh Santa!” will be featured in the film. Fans can look forward to their first peek at the special in October.

The news of Mariah Carey’s new project comes a few weeks after the network’s annual “Christmas Keepsake Holiday Preview.” To celebrate “Christmas in July, ” Hallmark Channel airs all of its holiday favorites from July 3 – 12 to get viewers in the holiday spirit.